Mark your calendars for the Central Territory’s one-day virtual celebration of the 10-year anniversary of the Pathway of Hope (POH)! The symposium will feature dynamic presentations by Salvation Army leaders, and other experts, who have shaped the initiative’s framework and expansion.

Featured speakers will present on Pathway of Hope’s:

The day also will include a recognition ceremony for teams receiving Pathway of Hope awards. Contact [email protected] for more information. 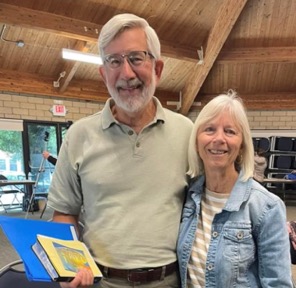 Commissioner Carol Seiler, MSN, MPH – a Western Territory officer, served in the Central territory from 2006-2017. With a background in public health nursing and having been a Divisional Social Services Secretary in three divisions (Southern California, Cascade and Northwest) she has consistently had a strong interest in making a difference through the ministry of social services. In 1990 she was part of the West’s initiative with HIV/AIDS response and education, helping to start the first HIV/AIDS specific shelter in downtown LA. Pathway of Hope came as a natural part of developing program that put the Army’s resources in the service of families and communities struggling with poverty and/or difficult circumstances. She retired in 2017 after 36 years of officership.

Commissioner Paul Seiler, MBA – a Western Territory officer, found his management skills useful as a corps officer, divisional youth officer, divisional finance officer divisional secretary, Divisional Commander in Cascade and Southern California, and Secretary for Personnel in the West. In 2006 he was appointed Chief Secretary in the Central, then Territorial Commander from 2010 to 2017 when he retired after 36 years of officership. He has been strategic in his thinking, supportive of meaningful program development, and demanding of integrity and quality of the work done in Army ministry. Faithfulness and accountability to clients, donors and as a steward of the Army’s resources have been important aspects of how he served in ministry.

The Seilers have 2 daughters and six grandchildren who live in Pasadena and Seattle, making the west coast important for their family. Both worked part-time in retirement until the summer of 2021. 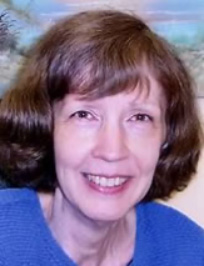 Dr. Kaye Herth, Ph.D., R.N., F.A.A.N. is Dean Emerita at Minnesota State University, Mankato. She has extensive clinical, teaching, and administrative experience in hospital, clinic, and educational settings. Her research focuses on hope, humor, and grief in individuals experiencing chronic or terminal illness and the impact on their family/significant others as well as homeless families and children. Dr. Herth’s tools to measure hope have been translated into 38 languages and are used throughout the world. She has 68 publications in professional journals and over 210 professional conference presentations and has received numerous honors and awards including induction into the International Nursing Research Hall of Fame. Dr. Herth consults internationally with students, clinicians, and researchers and volunteers as a nurse clinician/educator in a Free Medical Clinic and a hospice/palliative care program. 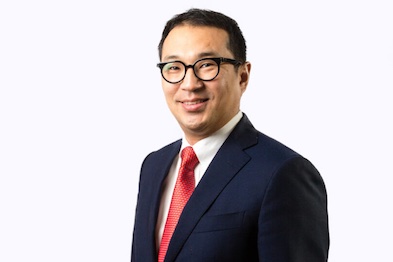 Dr. Philip Hong is an academic leader and scholar whose research focuses on poverty alleviation and workforce development.

During his tenure at Loyola, he held the Lucian and Carol Welch Matusak Professorship and served as the director of the doctoral program at Loyola’s School of Social Work.

He earned his MSW and PhD in Social Work from Washington University in St. Louis, and also holds an Masters and PhD in Political Science from University of Missouri-St. Louis.

Dr. Hong has been a longtime consultant and supporter of the Central Territory’s Pathway of Hope initiative. He has served on the advisory council for The Salvation Army Chicago Freedom Center.

He is currently partnering with local workforce development initiatives to develop bottom-up strategies for empowering low-income individuals and families in their quest to achieve self-sufficiency. 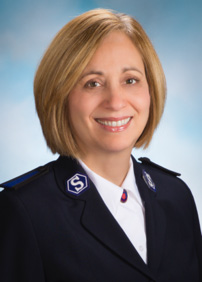 Dr. Maribeth Velazquez Swanson, Ph.D., LCSW, has served as the Territorial Social Services Secretary for the Central Territory since 2012. She holds a Doctorate in Leadership for the Advancement of Learning and Service from Cardinal Stritch University, Milwaukee, Wisconsin. She earned her M.S.W. degree from the University of Illinois-Chicago, Jane Addams College of Social Work and B.A. from Asbury University, Wilmore, Kentucky. She is a Licensed Clinical Social Worker, Illinois.

In her capacity as the Territorial Social Service Secretary, she is responsible for executive level oversight, coordination, direction, and leadership for The Salvation Army’s multifaceted range of social services programs that serve some of the most vulnerable throughout the eleven Midwest states. Since 2011, Dr. Swanson has provided leadership, to the development and implementation of the Pathway of Hope initiative, focused on breaking the cycle of intergenerational poverty. She served as a Deputy Co-Chair of the USA Pathway of Hope Steering Committee (2014-2015) and currently is a member of The Salvation Army National Pathway of Hope Committee. Dr. Swanson and the Territorial POH team have supported the scaling of POH beyond the USA Central, as they have consulted and provided training on the model to their neighboring USA Territories, as well as internationally and at professional conferences. 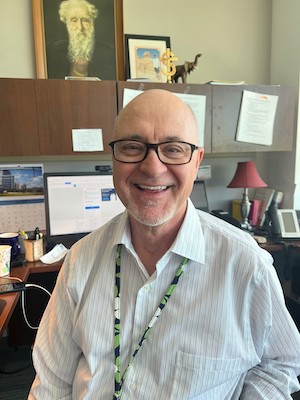 Dr. Smith earned his Ph.D. in social work from The Florida State University. Employed with The Salvation Army for seventeen years in a variety of positions, he currently serves as the Central Territory’s Assistant Territorial Social Services Secretary and Pathway of Hope Director. In this capacity he manages the financial accounting for the Pathway of Hope National Expansion Program grant. A frequent trainer, previous trainings have included trauma-informed practice, anti-trafficking, case management, and motivational interviewing. For this conference he will present on hope enhancement strategies. 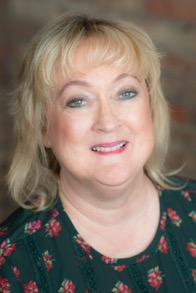 Linda Brinker, MSW, LCSW, has been the Project Manager for the Pathway of Hope initiative within The Salvation Army’s Central Territory of the United States for nine years. This initiative is designed to work with families who have a desire to take action toward stability and self-sufficiency. She has been instrumental in the implementation process that has been completed with all 280 locations within the territory and led initial training sessions throughout the country and in Toronto, Canada. She has worked collaboratively with Regional Coordinators representing each of 10 Central Territory divisions to assure that the fidelity of the approach is maintained and provides support to address any challenges impacting local implementation. She has over 30 years of experience working with a variety of social service programs, including those focused on families, mental health, and developmental disabilities. She has supervised teams comprised of case managers, vocational counselors, and community educators. 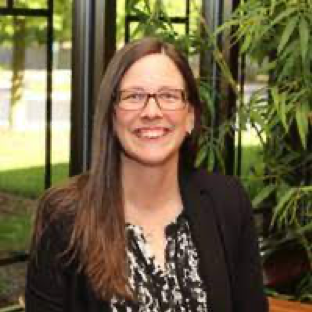 Sue Bultman has been with The Salvation Army – Central Territory as the Sr. Director of Philanthropy since April 2022 and has over 20 years of nonprofit development and operations experience.  Sue has helped organizations raise millions of dollars for mission advancement in the areas of major and planned giving, capital campaigns, and annual fund. 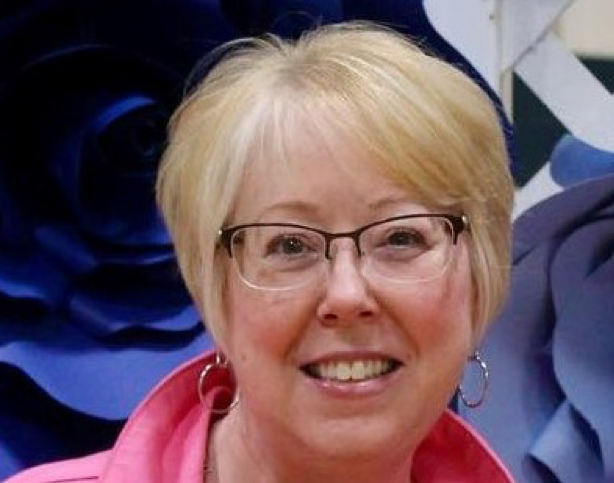 Pamela Church-Pryor has been actively serving in ministry through the Salvation Army for over 40 years. Originally from the Pacific Northwest, Pamela has been Community Ministries Director at The Salvation Army Corps & Community Center in Norridge, IL in suburban Chicago since July 2010. She has been instrumental in implementing the Salvation Army’s Pathway of Hope program in the Norridge community, walking alongside families so they can identify the challenges they are facing, helping them to find creative ways to overcome the obstacles in their lives and to help break the cycle of poverty. Pamela is a wife and mother of grown children and Nana to two adorable little boys. She has a passion for loving and serving others in Jesus’ name and for helping those in her corps and community find ways to actively engage in ministry.

Glenavary Lucas is the Pathway of Hope Regional Coordinator in the Heartland Division. She has thirty years of experience working with individuals and families providing emergency crisis intervention and prevention services at the Salvation Army. She possesses the skillset and knowledge of family life education, and behavioral sciences in all family settings. She received her Master’s Degree from Western Michigan University in Family and Consumer Science with a concentration in Family Life Education. She graduated with honors, summa cum laude and she was inducted into the National Scholar’s Honor Society. She grew up attending the East Chicago Indiana Corps and is a Corps Cadet graduate. After completing graduate school, she relocated to Peoria Illinois, Heartland Division working 7 years as the Social Service Director at the Peoria Family Services Center and 8 years in her current position. She enjoys working for the Salvation Army as it is part of her ministry. Her favorite quote and motto she lives by is, “To give anything less than your best is to sacrifice a gift.” Never give up and never give in. 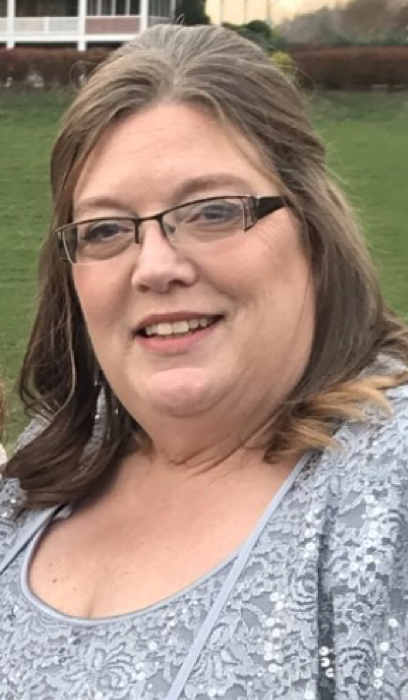 Rachelle May-Haley is the Case Manager for Pathway of Hope and Supportive Housing in Ottawa, Illinois for The Salvation Army. She is originally from Louisiana, but moved to Oglesby, Illinois in October 2011 with her husband and children. She is a graduate of Louisiana State University of Monroe, where she received a Bachelor’s Degree in Liberal Arts with a minor in Social Work, and a Master’s degree in Education. She worked for The State of Louisiana Department of Human Services for eight years, then went on to teach Pre-School to Second Grade for twelve years before moving to Illinois. She has worked for The Salvation Army since March of 2015 as a Social Services Case Manager. She says, “Pathway of Hope is my passion and I believe God led me to this position where I have the opportunity to help families and individuals overcome life struggles and start on a new path of life.” 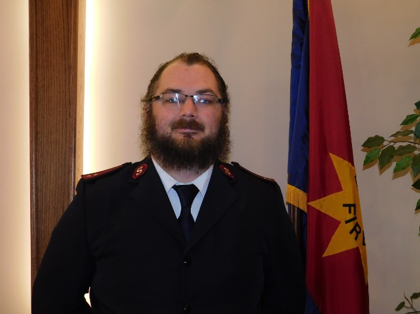 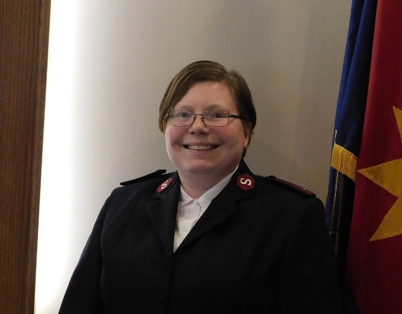 Captain Anthony and Lieutenant Elysia Nordan are both first generation Salvationists.  Captain Anthony met The Salvation Army as an employee through the ministry of the thrift store in Arnold, Missouri.  Lieutenant Elysia met The Salvation Army at St. Louis Temple Corps and was a part of the Urban Mission Center prior to entering The College for Officer Training.  Captain Anthony has a passion for working with those in recovery as well as youth.  Following his commissioning, Captain Anthony was appointed as a chaplain at the Chicago ARC.  Lieutenant Elysia has a passion for social services and working with families through Pathway of Hope.  Together, they have served in Fergus Falls, Minnesota for five years. During that time, they have been blessed to be a part of the growth of the Pathway of Hope approach from a 5 hour a week program to one full and one part time dedicated Case Manager.  They continue to pursue new ways of engaging families in their community and witnessing God’s redemptive work being accomplished in the lives of participants. The Nordan’s are joined in ministry by their children Deborah (5), David (3), and Hannah (1).